So, as most of you know, I work at a library, and the majority of my time is spent taking books on or off shelves, organizing them, checking them in, and sending them to other libraries.  Lately I have been amusing myself by writing down the book titles on ridiculous "historical fiction" covers that I see.  The best (or worst) ones are the supposedly "Regency" books. 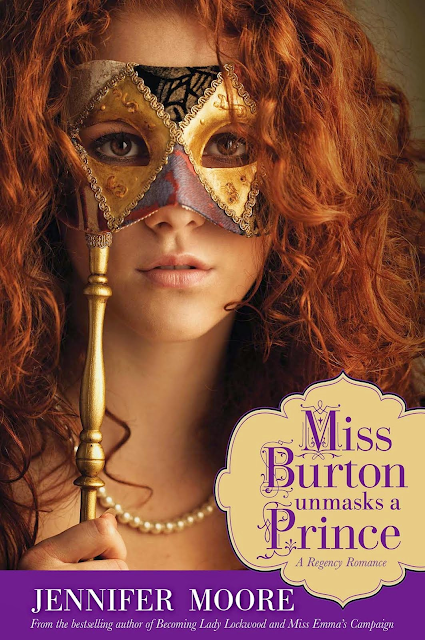 This is the one that started me off.  I looked underneath the title where it says "A Regency Romance" and I think I probably scoffed rather loudly.  Excuse me? Regency??  What Regency lady would ever go around with her hair spilling about her like that-- and also, where on EARTH did she get the (amply applied) mascara and eyeliner?

While we're at it, let's take a look at the synopsis.

Southern belle Meg Burton is her parents’ last hope of avoiding financial ruin, and a distant cousin’s kind gesture seems an ideal solution: he will sponsor Meg for a London Season. The pursuit of a wealthy husband was not exactly how the bookish young woman had envisioned her first trip abroad—after all, what does a girl from Charleston, South Carolina, know about being a lady? Amidst the stunning gowns and extravagant balls of the ton, Meg feels like an imposter [sic]. Thankfully, she has one friend who knows her true self—Carlo, a handsome stable hand. Despite their difference in station, love blossoms between the unlikely pair, and Meg is sure of one thing: she wants nothing to do with the insufferable European aristocracy.


Prince Rodrigo de Talavera has lost everything to Napoleon. Jaded by war, he has become bitter and miserable—until he meets Meg, an American woman whose eccentric schemes and passion for life remind him what it is to laugh and to love. If only she knew him for himself and not as Carlo the stable hand. With the shadow of deception looming over their happy acquaintance and the dangers of war drawing ever more near, can Meg and Rodrigo find the courage to put aside their pretenses and discover if they can be loved as they truly are? 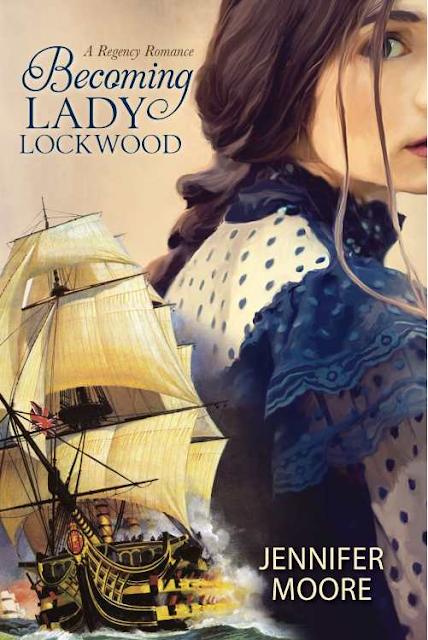 Coincidentally, the next one I found was by the same author.  WHAT part of that attire and hair indicates the Regency era??? No part-- that's the answer.  Good grief.  Granted, that may be the fault of the publisher (but seriously, if I was an author, I think I'd make a stipulation that I had to approve of the cover). 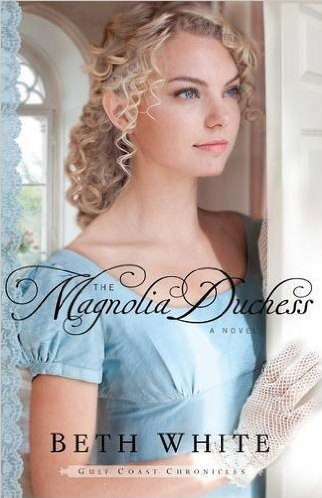 I will do this one the justice of saying that at least they tried, and the cover is at least visually appealing.  (Nice lace on the side!)  However, I have rarely seen such a ridiculously costumed-looking Regency book cover.  Her hair is sooooo obviously curled with modern tools, the face, although they used "natural" looking makeup, still looks like makeup; and that dress is... well, this. Granted, I have a dress made with that pattern myself. Two, in fact.  But still.

Also, the plot...
Fiona Lanier is the only woman in the tiny Gulf Coast settlement of Navy Cove. While her shipbuilding family races to fill the demand for American ships brought by the War of 1812, Fiona tries to rescue her brother who was forced into service by the British Navy.

Lieutenant Charlie Kincaid has been undercover for six months, obtaining information vital to the planned British invasion of New Orleans. When a summer storm south of Mobile Bay wrecks his ship and scatters the crew, Charlie suffers a head injury, ultimately collapsing in the arms of a beautiful mermaid who seems eerily familiar. As Charlie's memory returns in agonizing jags and crashes, he and Fiona discover that falling in love may be as inevitable as the tide. But when political loyalties begin to collide, they'll each have to decide where their true heart lies. From the Land of Fire and Ice back to England’s shores, Alexandria Featherstone finds herself the new Duchess of St. Easton. Her husband has promised a wedding trip to take them to the place where her imperiled parents were last seen -- Italy and the marble caves of Carrara -- but a powerful Italian duke plots against Alex and her treasure-hunting parents.

Hoping to save them, Alex and Gabriel travel to Italy by balloon. Fraught with danger on all sides and pressured by Gabriel’s affliction to the breaking point, they must learn to work and fight together. The mysterious key is within their grasp, but they have yet to recognize it. This journey will require steadfast faith in God and each other -- a risk that will win them everything they want or lose them everything they have. 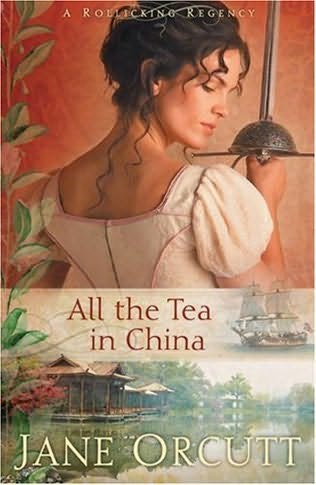 This one I actually made the mistake of trying to read some five or six years ago.  When I was young and unafraid, and dreams were made and used and wasted naive. :P  I didn't get past the first few chapters.  I do really like the back of her dress.  But as for everything else about the book... NOPE.

That's all I have for now.  Until next time!
Written by Melody

What the Wickham?! (Haha, sorry, that's slowly becoming my favourite exclamation of horror. :) I've seen some "Regency" novels and they just...NO. Ugh. I mean, really, having read Jane Austen it's easy to see how fake and awful others are. I've read one Georgette Heyer, and she does a pretty good job, but still--It is, as you said, ridiculous what people try to pass of as "Regency." I completely agree. These are ridiculous.

HAHAHAHAHA. (The first one especially. EWW.)

"What does a girl from Charleston, South Carolina know about being a lady?"

WEEELLL....I should hope I know a little something, haha. I do try, at least. ;)

I gotta say that last cover at least looks rather interesting. But I'll take your advice from your young unafraid self :P and not bother checking it out, haha.

Does the Duke's Promise book even CLAIM to be Regency? I don't see a single thing Regency about it. (I don't doubt you, haha, I'm just curious if they even mention the time period.)

I must say I rather like the cover of Becoming Lady Lockwood because I like painted-looking pictures, BUT it does not look Regency AT ALL. Sadly, though, authors generally DO have very very little say in what the covers look like. I would want that to be part of my contract if I ever got a book published, haha.

Also, can I just say to Rae-- "what the Wickham" made me laugh out loud. :D

You know, this is slowly becoming my greatest fear . . . that I'll write some really brilliant *ahem* piece of historical fiction, get some publisher to agree to take it on--and then have to watch them choose some utterly ABSURD cover which has nothing whatsoever to do with the story or even with the period.

Honestly, wouldn't that be a shame? I've got a lovely idea for the cover of my newest novel (when I get it written, haha) and I don't want the publishing company to spoil it.