Goodness, this blog had been lacking posts of late. And the problem is, I seem to say that practically every time I post something. :P One of these days I'll give myself a challenge of posting every day for a week or two...

Anyways. When I first started The Classics Club I planned to write a paragraph or so about every book rather than actually reviewing them all (that's too daunting) and then group them together and post every five books. But I did do some separate reviews since then, of JA re-reads and Charles Dickens stuff and N&S, so it's only now that I finally have five to toss out there at once and some of them have been languishing in a Word document for some time. But anyways, here they are!

Title: Anne of Windy Poplars
Author: L.M. Montgomery
Date: September 25, 2012
My thoughts: Delightful! Of course, it’s an Anne book, so that’s kind of duh. But I did enjoy it very much. And here I go again—it’s another book that I’ve been meaning to read for simply ages. Well technically I’ve been meaning to read the whole series for simply ages, and I only got as far as Island, and that was a few years ago, so I almost feel like I should reread the first few books too… but I intend to read the ones I’ve never read before I do that. ;) Anyway, having seen the first two Anne movies far too many times to count, it was very amusing for me to spot all the quotes and situations that came from this book that went into Anne of Green Gables: The Sequel. In the movie it’s all sort of shuffled and combined, but I must say I think they shuffled and combined in quite a masterly manner, and kept the spirit of Anne and so many of the quotes, even if they were in a very different context, were delightfully exact. Another thing that made me giggle was a couple of the characters who said things that sounded suspiciously like Mrs. Bennet with her poor nerves and nobody knowing what she suffers, but then she never complains. (Cough.) 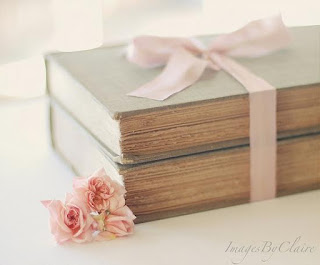 Title: Pygmalion
Author: George Bernard Shaw
Date: February 24, 2013
My thoughts: This was fun! I was actually surprised to see how much of My Fair Lady came straight from the original play. It did have a whole lot less of the teaching period… and I must say, pretty much all the things that were changed in My Fair Lady I think were for the better. Sorry, George. But just the same, you can understand the story even better from reading the play, and it’s a pretty short read and a fun one.

Title: The Elusive Pimpernel
Author: Baroness Orczy
Date: April 10, 2013
My thoughts: It was very good.  It had been about a year since I’d read TSP, so it was definitely time to read another one. ;)  I have to admit, though, I was not liking Sir Percy most of the time.  I know the Leaguettes will not kill me for saying so, because after all, I make no attempts at murder when they say disparaging things about Mr. Darcy, so all is fair. :P
Anyways. It definitely kept my attention—but it did irritate me how right when you want to know what happens next, it goes into long descriptions about stuff you really don’t care to know the details of. Sigh. And also, these books always seem to start out rather slowly. (Well, this is only the second one I’ve read, haha, but anyways.) And it was so suspenseful the whole time, and then doesn’t spend too much time winding it down at the end. Those kind of books kind of leave me feeling a bit drained, which is probably why I’m think it will be a while again before I get to El Dorado. (But I’ll read it eventually. I promise.)

Title: Jane Eyre
Author: Charlotte Brontë
Date: May 28, 2013
My thoughts: Well, this was my second reading of this book, and this time I was reading it along with Amy which made it even more delightful. J My original review is here, and if you skip down to the part with “my sentiments”… well, they are pretty much still the same, so, you know, I don’t want to repeat myself here. Of course rereads are always different… so I’m trying to think if there’s anything in particular that struck me this time. Uh… well, I was even MORE annoyed by St. John. That dude drives me NUTS, and I thought it rather a pity that the entire book ends with a quote from him. Charlotte, what were you THINKING? Heehee. And the only times I don’t like Jane is when she’s sort of under St. John’s power. :P Well, not exactly, but if you’ve read the book you’ll know what I mean.
Anyway. I definitely recommend this to everyone. And if you haven’t seen any of the movies yet either… read the book first. I didn’t. But you should. :D 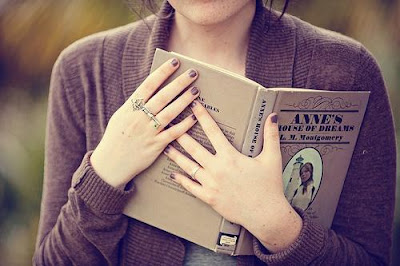 Title: Anne’s House of Dreams
Author: L.M. Montgomery
Date: June 11, 2013
My thoughts: Delightful! Just what I said about Windy Poplars, I know, but that’s the word that seems to describe the Anne books for me. Just purely delightful. Of course, the whole thing wasn’t happy (heh), but everything just has a sort of light-hearted feeling that I love. Another thing was that reading this book for me it was like getting to a clean, new portion of snow that hasn’t been walked on yet and experiencing the mixed pleasure and regret of doing it yourself. Having seen the movies, I knew at least parts of the stories of the first four books, but as this is the fifth it was all completely new for me—and I’d always sort of looked forward to it at the same time since... well, once you know you know and then it’s not new anymore. ;) But anyways, it was a lot of fun getting whole new stories and characters. You can really grow to love Leslie Moore even though you may not at the beginning… Miss Cornelia is absolutely hilarious and I know I will be quoting her forever with her “Isn’t that like a man?”, “believe me.” Oh, and Captain Jim! Ahhh! He was great, besides for having a low opinion of women writers. (Of course, it was a woman writer who made that up, so whatever. Haha.) And I finally get the context of the race that knows Joseph, after having had it quoted at me a lot. ;) (I still don’t know why Joseph, though. Am I being dense? Can anybody enlighten me?)

And that's it for now. (You can see my Classics Club page here.)
Written by Melody 10 comments: