A letter to the Melody from the end of the last decade, at age thirteen/fourteen.

Hello.  This is Older You, writing to you from the future.  It is March 2016.  I've been thinking about you a lot lately and kind of just wanted to tell you some news that might be pleasing to you.

First, however, I must confess to not being in the exact spot in life that you thought I would be at this point in time.  But I must also confess to being completely okay with that.  And it's not that I've changed, because in essentials, I believe I am very much what I ever was.  (...hang on for about a year and then you'll know that that's a tweaked quote from the best novel in the universe.) 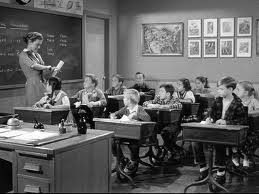 But things have shifted.  Instead of graduating with a BA in Elementary Education this May, I am actually only now really getting into this college thing.  Yeah, yeah, I know. But I've done cool things! I promise! And I work in a library, like you've always wanted to, if that's any comfort.  (Also it's great. Totally recommend it.  And volunteering at the library is a great way to get started. Good choice. Yes. Do it.)

This letter is supposed to be about the future though. The future for both of us, not my past/your future or past for both of us... yeah okay this is getting weird. Moving on!

I know you think that it would be amazing and scary and wonderful and something of a pipe dream to travel to unknown places in the east/south/somewhere far away and go to a huge Christian university.   Because just... think of all the different and interesting people around your age you would meet, and... and stuff. And the classes you could take without having to worry about them not meeting with your standards.  But that's entirely impractical, of course; even visiting one is entirely impractical, because why spend the money to get all the way there just for a visit?

Bob Jones University has a College Up Close event several times a year, where you get to spend two nights in the dorms and kind of experience college life. So it doesn't look like this anymore, but it's a cool picture, okay?

Sounds fun, right?  Well, it just so happens that they offer a rebate to anyone who is flying there from somewhere west of the Mississippi.  And, surprise, I meet that requirement.  Yeah, but that doesn't pay for the whole ticket, only about half... wellll, it also just so happens that one of your sisters lives in an adjoining state over there in the southeast and can come and pick you up afterwards and then you'll get to visit with her and her adorable children TOO.  So two cool things for the price of HALF.

So, although the path I'm taking right now seems likely to be continuing along at home, working at a library and earning a certificate in Office Administration, for this event I am not going to worry about being realistic. Though there is little chance that I will ever really attend this college (and if I even thought about doing that, I would be thinking more short term, like, one school year), I'm taking up temporary residence in the realm of What-If, and am going to make the most of the experience.  If money wasn't an object, if career future didn't have to be considered, what might I do?

Adventure is OUT there.  I'm going to this place where I know literally no one, and for some reason no matter how hard I try, I keep feeling more excited than scared.  It's going to be new, and different, and interesting, and hopefully lots of fun.  (And I've traveled by myself before so this shouldn't be too hard.)  I've lots the sense of glamour I used to see when I thought of college, I know what it really is, and yet this idea is still thrilling to me.  I guess a piece of that curiosity still remains. A BJU production of Great Expectations. What fun!
Also they just did S&S... I'm barely missing it. Very sad about that.

I know that this whole trip is something you would dream about, and it feels amazing to make a dream come true.  It fills me with excitement to think I'm actually doing one of those intangible hazy things I used to stare out the window (over my irksome Saxon math) and imagine.  And what's more, I get to tap into what it would be like if I could major in Voice Performance and/or Theatre Arts. Because since we're doing what-if's, we're going to be frivolous.  Frivolity is essential.  (You'll get that quote too, in a few more years.  Well, like four or five maybe.)

So.  Dream big, Melody.  It can't hurt.  (One tip though: an aspiration is not the same as a set-in-stone plan, and sometimes, it's actually okay to change your mind.)

Dear Melody,
Before you spend a lot of money to visit BJU, please do some Google searching about them. Google GRACE report/BJU.

They are also not regionally accredited, which is why I wouldn't recommend them to any student. I know too many people who have had issues with their degree after graduation concerning grad school and certain jobs. They are now in the process of trying to obtain regional accreditation, but that may still be 2-4 years in the future, even if everything goes correctly.

Good luck with your education. From another JA lover.

Anonymous,
Funny, I was actually just looking up about that last night! I would never just go by online reports for things though as the people who make them often discard the good things, take the bad things and make them seem even worse, and we don't always get the whole story-- just what the media wants us to see. That being said, I'm sure BJU is not perfect, but I never assumed it was.
I'm not going to be spending a lot of money on it, either. Any money I am spending will end up being much less altogether than an average visit to my sister would.
As for the accreditation, as I said in the post, I'm not actually considering getting an education there. Even if for some reason I did go to that college, I wouldn't be looking for a degree, just knowledge and a little bit of experience in areas of interest. But even that is extremely unlikely. ;)

Lovely post, Melody. The idea of writing to your younger self is so cool! I'm glad you have this opportunity to visit BJU. That will be a really neat experience. And coupled with a visit to your sister's makes it even better!! Have fun! :D

Melody,
That is good news. Don't be surprised if they begin to pressure you to attend, though, now that they have your information.

Good luck with your future plans.

Dream big, and have a wonderful time! :-) I really hope you get to do some of the things you were talking about.

This is lovely! :) Best of luck with your visit. It sounds like it will be a fantastic experience for you. And I have to ask, because unfortunately I didn't pick up on it myself, what is the "best novel in the universe"? :)

So excited for you! BJU does look so fun to at least visit! And I think it would be a great place to study music and drama. How neat that they do things like Great Expectations and S&S! :-)

Commenting live from the airport! ;)

Miss March,
Thank you very much for your well-wishes!

Anna,
That would be Pride & Prejudice!