All the Rage: Thoughts on Upcoming Jane Austen Adaptations

Hello, long-lost friends! Well, technically I am the one who is long-lost, I suppose. But with two new Jane Austen adaptations in the making (or having recently come out), I couldn't resist the opportunity to post, however busy I am.  (Plus, I sort of worked it out so this is a project for one of my classes. Win-win.)


First, let's talk about Emma, which is coming out in February of next year.  My original thought when hearing there is to be a new adaptation was "Huh?? But we don't need another Emma. We already a great miniseries and two mediocre movies." And my opinion as far as that goes hasn't really changed much.  However, until an absolutely, 100% perfect adaptation of a Jane Austen novel comes out, I'll always be willing to give something new a try. Even if I do think that a good Mansfield Park or Persuasion would be much, much more beneficial to the fandom and the world at large.

Then the trailer came out, and I had many more thoughts, which I will now discuss in detail.  I'd love to hear your thoughts as well!


Note: all screenshots below are taken directly from this trailer.

I could be more pleased with the choice for Emma, that's for sure.  Her face is definitely not what I picture Emma to be.  It's a bit too modern-looking, and kind of... sour?  Also, she is not what I would personally consider "handsome."  But I am trying to keep an open mind. 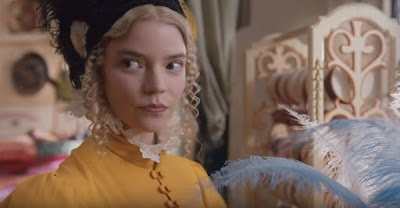 Anya is currently 23.  I was shocked to discover that for the first time, a Jane Austen heroine is being played by someone who is younger than I am.  But it's fine.  I'm only slightly freaked out.  Don't worry about it.  In any case, it's refreshing to have an actress so close to the character's age. 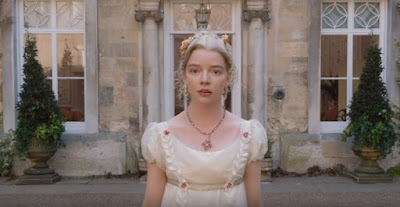 Anya hasn't done much in the way of period drama in the past, but it looks like she was in a recent film called The Miniaturist, which is set in the 17th-century, and looks pretty creepy.  Interestingly, Romola Garai (Emma from the 2009 miniseries, a.k.a. my favorite) played a significant role in that movie as well!
Continue reading »
Written by Melody 2 comments: 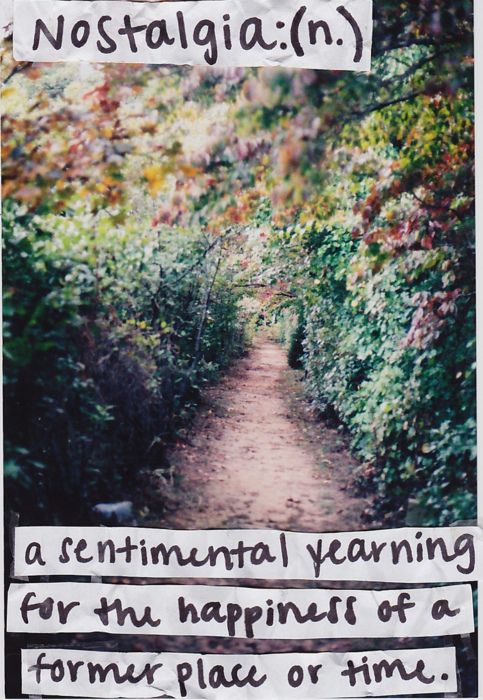 I have always been an especially nostalgic person. It feels as if lately this part of my personality has been hidden or overlooked.  In fact, I was influenced by this largely during adolescent and teen years.  Very lately, I have experienced so many new things: getting married, moving to the other side of my state, working full-time while taking classes part-time and trying in the meanwhile to kinda-sorta keep up on housework and a social life.  I have been very happy and content.  Sure, there are always struggles, but I've been looking ahead so much to all the wonderful things I know will happen in the future.

The Sweetest Wedding Speech You May Ever Hear

I could think of no better way to give you a peek at my wedding than to show you the speech from my best friend and maid of honor.  Enjoy!

"How can you read this? There's no pictures!"

(I would give you bonus points for naming the quote, but as I'm pretty sure most of you will know what it's from, that hardly seems like much of a game.)

Your request to not take so long with my next Installment did not go unheeded.  However, I really am so frightfully busy, that... well, I'm going to give you the "short and sweet" version instead.  That is, if you can get through the whole thing, without any pictures. ;)

So, picking up more or less where I left off...


Our friendship, at least for me, accelerated at an alarming pace.  He was a true kindred spirit-- a quality I had never before discovered in the male species, outside of those in my own family.  He was kind, gentlemanly, had a sense of humor very much like my own, and his tallness was (no pun intended) definitely growing on me.  Above all, I was struck by his intelligence.  We communicated 3/4 of the time through an online medium, and he actually knew how to write.  In fact, he sometimes used words that I had to look up in the dictionary.  (If that isn't an attractive quality, I don't know what is.)

Before I quite realized it, he was one of my very closest friends, and I began to care very deeply about his life.  More deeply than I was willing to admit to myself.  After all, I was not looking for a boyfriend, and a romantic relationship between us seemed very imprudent considering our positions in life at the time.  And anyway... surely he wasn't interested in me like that.

Getting to Know You: Installment the Second

Despite all your *ahem* not-so-subtle hints ;) about not taking forever to return with Part Two, I'm afraid I have been truly unable to find the time until now.  I have been very busy not only working a full-time job, but planning a large event for this summer-- which, if you knew what it was, may result in my being forgiven these delays.

However, without further ado... Installment the Second.

After checking Facebook numerous times to see if he had answered (or even seen) my message, and getting nothing, I just went to bed like a normal person and slept.  Then I got up the next morning, and like a normal person, the possibility of him having answered me was not my very first thought.  I just saw a message when I checked Facebook over breakfast.  Then my attention was immediately captured and I clicked eagerly on the bolded message, sent at 1:33 AM.

Sweet, thanks! I'll definitely give it a listen! Also, John Williams' score from War Horse might interest you a bit. The music is gorgeous and accompanies what I believe is a spectacular film. You might also check out the soundtrack from Downton Abbey. Although I've never actually watched the show, the main suite is definitely a gem. :)

Casual... but pretty well-worded.  The guy could actually write.  The message did not ask direct questions so that I needed to reply, but was composed in a style that could easily encourage more conversation.

So I waited two days and then answered.