So, I generally try to stay away from controversial topics...

Ahem.  Well, see, it was suggested I write this week about Why I Don't Like P&P 2005.  Y'all know that's the case but I try not to be too detailed about that because I know I have readers who do like it and I have no wish to annoy anybody.

Also, a post is in the works for the P&P95Forever Club blog which will be an official P&P05 bashing.  Ha.  But I won't do that here... in fact, I'm not going to give you all the reasons I don't like this version because there are kind of a lot and I don't want to get carried away.  So I'll just go with the main reason-- I find it Inaccurate To Jane Austen's Novel.

Which I suppose requires further explanation.  In a nutshell, these are the particulars, not in any special order:

~The time period in general is inaccurate.  I could go into detail about what I mean, but I don't feel like bothering, so let's just say even the makers say they meant to set it in the late 1700s.  Pride and Prejudice was published in 1813-- they were about twenty years off, and you can definitely tell.  (Some may argue that this makes sense because Jane Austen started writing the novel in the 1790s, but I will argue back that that doesn't make much of a difference-- she started working on Pride and Prejudice in 1811.  She was writing a thing called First Impressions earlier, and this wasn't just editing, it was revision.  And updating.  Therefore, the book is supposed to take place when it came out.  The end. :D)
Besides for having the wrong time period, I think they give it a distinctly modern feel, and for me that Will Not Do.

A dear girl suggested that I do a post listing my favorite Charles Dickens adaptations and talking a little about them.  Splendid idea. :D

I'm going to do this in the form of Top Ten, even though I have seen more than that... I may mention the others I've seen at the end.  Anyway, we're going to go from Tenth Favorite to Top Favorite.  Ready, set, go. 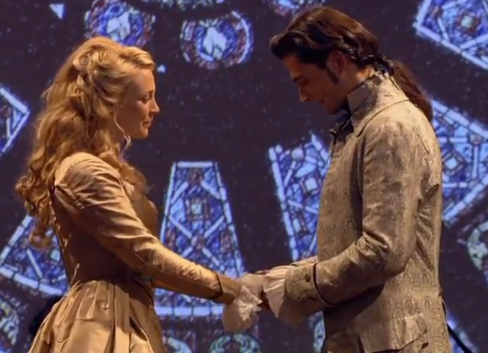 This would actually be higher (or lower, in this case) on the list if it wasn't for a couple things.  It's not that it's a musical.  I've, um, kind of outgrown that prejudice.  Haha.  It's because it's not really an adaptation-- not a movie, anyway.  In fact, I haven't even been able to watch one that's actually a full play-- the 2009 concert thingy is what I saw, and though they did remarkably well for not having much of a set and having the orchestra right behind them, it's just not quite the same.  But it was remarkably gripping, I thought, for being the way it was.  They didn't refrain from actually acting and they had costumes.  (Costumes are just important.  They are.)

How about a post explaining how you got interested in period dramas and the Regency era in the first place?
That was one of the post suggestions, so I figured I'd just stick it at the top here so you all know where I'm coming from. :)

First of all, I'm not the first person in my family to be interested in this sort of thing.  Both my older sisters would watch Jane Austen and some other based-on-classic-literature movies; but by the time I was old enough to understand them, neither sister lived at home anymore. 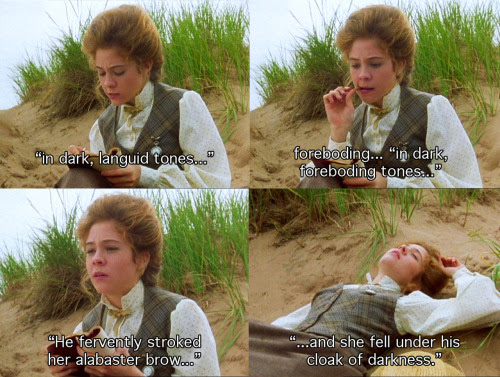 Today I'm supposed to talk about what my dream casting for a new adaptation of Pride and Prejudice would be; not by finding certain actors, but just talking about what I think they should be like.  It's a very good idea but I must admit at this time I do not have much enthusiasm for writing about it.  Sooo I'm going to be kind of minimalist and just talk about five of the characters.

Also, I'm going to be boring and not include any pictures.  We're supposed to be picturing the characters for ourselves, after all.  ;)

Elizabeth Bennet
We must start with her, mustn't we?  Let's see now.  My perfect Lizzy Bennet would be between the ages of 19 and 24, not very tall in height (Mr. Bennet refers to her as "my little Lizzy", and Lydia is the tallest of the family; her figure is also not supposed to be perfect and in S&S JA mentions height as an 'advantage'-- those are some things that brought me to that conclusion), have dark brown hair and eyes, and be on the lighter side but not skin-and-bones like Keira Knightley.  Her eyes really should be striking, and very expressive.  Her face in general should be expressive when she's animated, so that it's interesting to watch her talk and display emotions.  She needs to have a very good smile.  She should be pretty but not perhaps in a very usual way.  (Jane should be more regularly pretty.)  Like, the more you get used to her looks the more you like them.

But today I'll just be a little different.  One thing I love about watching period dramas is recognizing the actors.  Pride and Prejudice (1995) was one of the first 'real' period drama mini-series I ever watched, so I didn't recognize any of the actors in it-- that came later on with other movies.  So just for fun, I'm going to ramble a bit about my favorite role in another period drama for each applicable actress in P&P95. (I'm leaving the men out, just because.  Well, mainly to make the post shorter, haha.)  Ones who are not applicable don't have any period drama role that sticks out to me, if I have seen it at all, and obviously I'm not going to talk about ones I haven't seen for myself.  However, be aware that I probably do know they were in such-and-such movie, because I've done all the research.  Speaking of that, if you want a full list of the period dramas the actors from P&P95 were in, see here.

The One About Villains

I got a suggestion for a post on villains-- "who I really love to loathe." 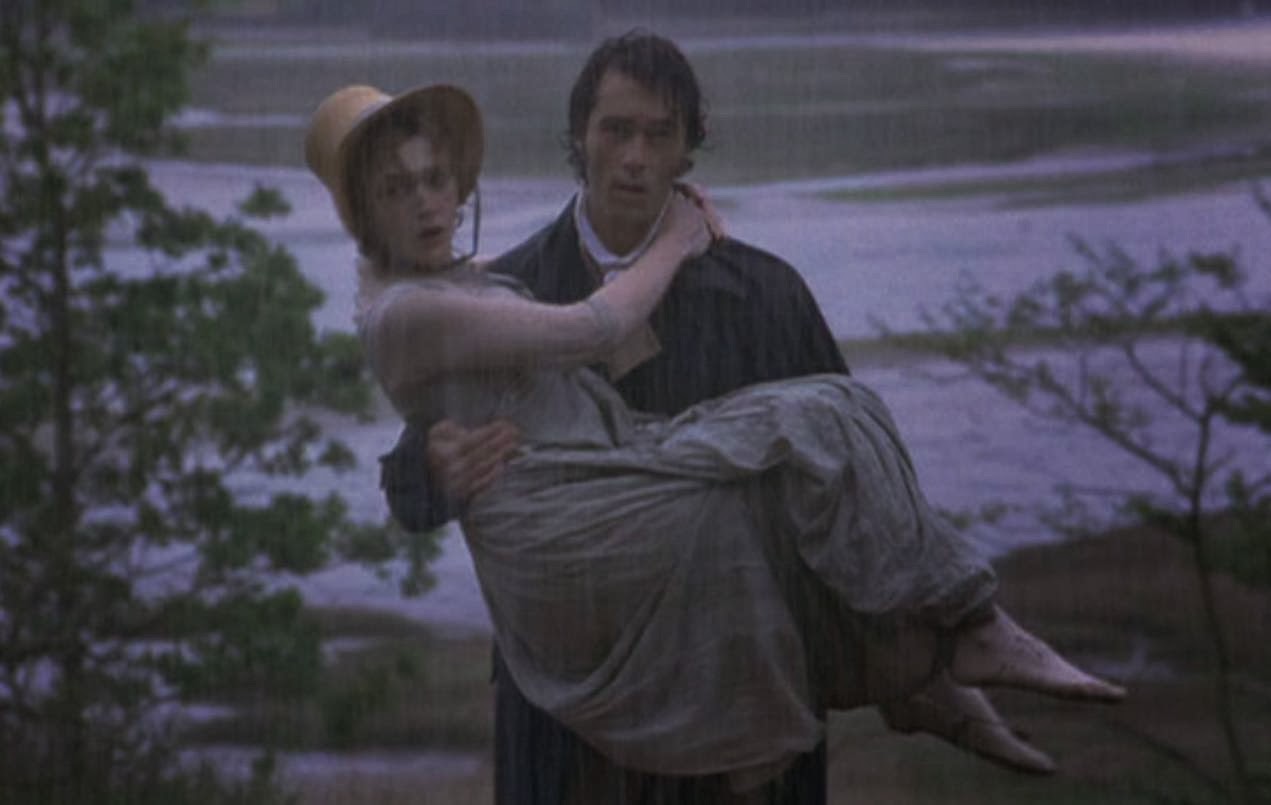 Okay, let's start with Jane Austen. (Surprise there, right?)  Which do I hate the most... Willoughby (Sense and Sensibility), Wickham (Pride and Prejudice) and Henry Crawford (Mansfield Park) are the first three who come to mind.  Not sure which one is the worst... the W's are both similar; they put on a show of being splendid, dashing, honorable gentleman, when in fact they are dishonorable and have sordid pasts involving women.  (eww.)  Willoughby seems a little less scoundrel-y in some ways... he shows a bit of remorse for some of his actions (although mainly because things didn't work out the way he wanted) and seemed to have more real feeling.  However, he purposely set out to amuse himself by winning Marianne's heart only to break it.  That's just evil.  Wicked Wickham didn't exactly do that... but but he's more all-around jerk-like and slime-bag-ish, I think. Sort of less human, almost, than Willoughby.  But... I hate them both.

A very good place to start...

Welcome, one and all, to the first post for my self-inflicted week-long February blog posting challenge.  To begin it all, I'm going to recap and explain a bit...

In this post I requested that anybody inclined to do so give me up to two topics they'd like to see me post about, and seven would be randomly chosen--one for each day of the week.
Now, some people ended up suggesting more than two things--in those cases, I chose the two I'd rather talk about (haha) and put them on the list for the Random Selection.  There were also a few that I thought could be condensed into one post--a little like Q&A things--so on the list for the Random Selection, I added a space for a post to answer those questions.  And, as it happens, that ended up getting the first spot for the week, which I considered quite appropriate.

So, I'll answer those now, after thanking everyone who suggested topics for their contribution. :)  I hope you'll enjoy the posts this week!

Joan asks what I would do if someone gave me a million dollars.